Battle for the first place in 1vs1 tournaments

Fight your way to the top and collect Weapons, XP, & Cash prizes along the way in our Elmiination Tournaments! 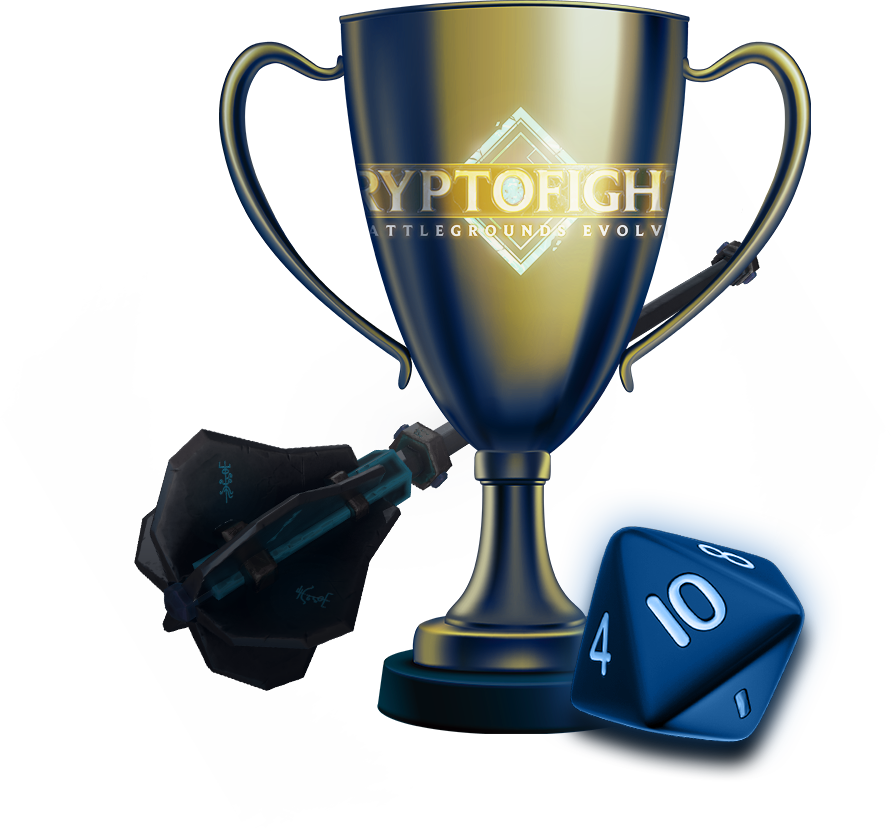 All players will be able to sign up and fight against other players for rewards. Tournaments will have a sign up period, during which players will need to pay the entry fee to reserve their spot. All players must agree to the general Tournament Terms & Conditions before signing up for Tournaments.

After the sign up period has passed, players will get notified that the Tournament has began and will be paired up with their opponents.

All matches will be recorded on the blockchain forever, and can be reviewed any time by both participants and non-participants of the Tournament.

This special arena is only available when a Tournament is active, and is available for players of all tiers during the full duration of the tournament.

So if you see it in the Battlegrounds, don't waste your chance - jump right in the Treasure Cave, fight your way to the top and win amazing rewards from our Tournament events! 🏆